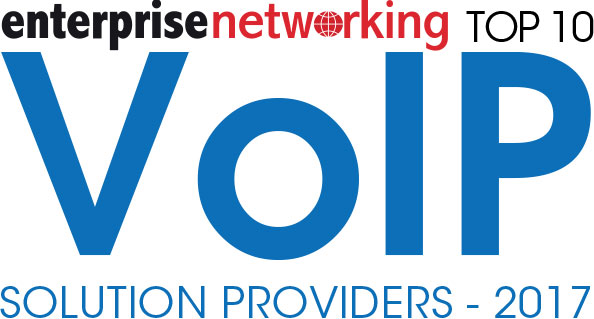 The advent of Voice over IP (VoIP) has taken the use of the telephone in business environments to newer heights. It has been revolutionizing voice and data communications across the business lifecycle.

Customer-Focused from the Beginning

With offices in Charlotte, NC and Spartanburg, SC, TotalBC has been in the telecommunications business since 2000, offering traditional phone systems. They began offering their hosted VoIP service in 2007. As they already had a customer base, they knew what those customers needed and built their hosted service around those needs.

However, TotalBC offers a refreshing approach to their VoIP service, the one their customers would be hard-pressed to find anywhere else. “Our biggest differentiator in the vast sea of VoIP service providers is the high quality customer service we provide. Whereas most VoIP service providers sell their product, deliver a bunch of telephones, and leave the customer to install the system, we send an expert to set up the system and train the customer on its use—all onsite,” says Michael Snyder, President and CEO of TotalBC.

The customer is never left to fend for themselves or referred to a “wiki page” or given a so called “intuitive” GUI website. As Snyder points out, “When you go to a mechanic to get new brakes, they aren’t going to hand you the brakes and say, ‘I sold you the brakes, now you put them on.’ Unlike our competitors, who are the ‘auto part stores’, we are the ‘full-service auto center’. We don’t just give you the product; we install and train, so our customers can get back to their business.”
Customer service is critical to the operation of TotalBC, so much so that they are willing to risk losing a sale if it is in the best interest of the customer. They offer full, ongoing customer support. “If a customer needs something changed, they just have to call TotalBC and it will be taken care of. No GUI website necessary.”

At TotalBC, they also know that hosted VoIP is not right for every business. There are many variables that go into deciding if either a hosted or an on premise system is right and because they offer both solutions, they can be objective and help the client decide what is best. “We steer them in the right direction. We aren’t an advocate for technology just for the sake of technology. It has to make sense.”

We are the ‘full-service auto center’. We don’t just give you the product; we install & train, so our customers can get back to their business

TotalBC still offers the traditional telephone system, and they are NEC and ESI partners. They also offer their hosted VoIP, known as CallNet, and technology services that include cloud hosting, managed IT services, IP camera and Access Control solutions. But the journey to offering these services has come with its own set of challenges. Many TotalBC customers, particularly the smaller companies, have a lot of legacy technology and they choose to keep their tech for many years. In these instances, TotalBC works with them to help them understand that some of this technology simply has to be updated in order for their VoIP system to work properly.

However, TotalBC is able to work with a lot of client technology that is already in place. One of TotalBC’s clients is a large architecture firm. They had two offices with large traditional telephone systems, but they were looking to set up additional sites. Their dilemma was they wanted to use hosted VoIP in their new locations, but they didn’t want to throw away the capital they had in their traditional phone system because they had over 175 phones.
TotalBC was able to do what no one else could do. Using their technology, they made it possible for the customer to use their traditional phones to connect with their hosted phones with a simple four-digit dial. Today, the client operates about 80 hosted phones across four remote sites and, while they were able to keep the capital on their original two sites and will do so until they need to replace them. At that time, TotalBC will switch them to a fully hosted system. In the end, the company saved $160,000 worth of phone system equipment, where another provider would have told them to purchase all new equipment.

TotalBC had a similar issue with one of their bank customers. The bank bought a local four branch competitor that used phones from a different manufacturer. They needed the four phone systems to be able to contact their existing branches. Most providers couldn’t do that, but TotalBC could. Now, the bank can use a four-digit dial between the two different manufacturers’ systems. If not for TotalBC, the bank would have had to purchase a new phone system for one side or the other. They saved money and can still do everything they need to do, including transferring clients from one site to the other.

There isn’t much Snyder won’t do for his customers. When new software or firmware is released for any of the equipment and systems they provide their customers, TotalBC will test the new software for at least three months to ensure there aren’t any bugs. They will also allow customers to leave their contract on their hosted solution if for some reason it isn’t working for them technologically. All they need to do is return the phone equipment and they are free to move on.

Snyder considers, his incredibly competitive nature helps him run the company. As a competitive poker player, he says, “At a tournament, you are never at the same table with the same people the whole time. One person is out and another comes in and that’s a new strategy. It’s the same with TotalBC; each customer is different.”

When TotalBC launched their hosted service in 2007, today’s smartphone technology did not exist. They currently have a desktop application that allows their customers to video conference and chat along with a mobile app and they are in the process of improving the mobile app that can also allow the chatting and video conferencing, allowing their customers to meet face-to-face, no matter where they are in the world.
This content is copyright protected